Have you discovered the Metro Sign and Awning Industry News page yet?

Each week we gather information of interest to those in the sign industry, as well as business people who care about signage. Here are a few recent highlights:

Nikki Sylianteng had an idea. The designer reached out to Seleta Reynolds, who was about to take over as Director of Los Angeles’ Department of Transportation. As a result, about 100 brand new parking control signs are currently being tried out in a 15-block area near downtown Los Angeles.

The goal is to develop a new generation of simple, well-designed signs that tell drivers where they can and cannot park their cars at any hour of the day or night.

Of course, in the future your self-driving car will automatically know where it can legally park itself, so signs that humans can read and understand will no longer be necessary. And if you opt for a “shared” ride to your destination, you won’t have to worry at all about parking.

But in the meantime, here on Planet Earth in 2015, hard-pressed transportation administrators are searching far and wide for innovative, low-cost, sensible improvements to a system of parking rules and regulations that has grown to be out of control in many locations.

Whether or not you agree with the idea of the new parking signs, you must agree that the current crop of parking signs and regulations are often confusing and poorly-written. These new signs proposed for Los Angeles at least aim to simplify the layout of such signs and thereby prevent at least some of the current confusion.

Old traditions die hard. So it’s particularly significant that the Indianapolis Motor Speedway is busy installing a slew of new signage for the 99th running of the Indy 500 later this month. 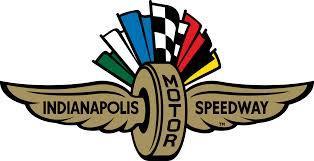 While historic preservation has been scrupulously observed for the remodeling, new signage will soon grace the old track’s walls, its grandstands, the aptly named “Gasoline Alley,” and even the track’s control tower, lovingly called the “pagoda.”

In choosing this course of action, Indianapolis Motor Speedway is merely yielding to the tide of corporate sponsorships and related advertising which has inundated big-time sporting events in recent years. But in granting rights to install all this new signage, the Speedway is bringing a longstanding tradition to a screeching halt and abandoning its membership in a shrinking group of famous holdouts on corporate signage.

Old timers may lament the upcoming changes, but the track’s current owners and managers fully recognize and understand that good signage creates better revenues, and that modern signage technology can enhance the look and feel of even a Grand Old Lady like the Speedway.

Metro-North Train Crossing Might Have Avoided Accident With Better Signage

Back in February, five passengers died when a Metro-North commuter train rammed into an SUV that was stopped on the tracks at a street crossing in Valhalla, N.Y. Now parties to the resulting legal actions are alleging that the accident might have been avoided had the street crossing been fitted with proper warning and information signage. 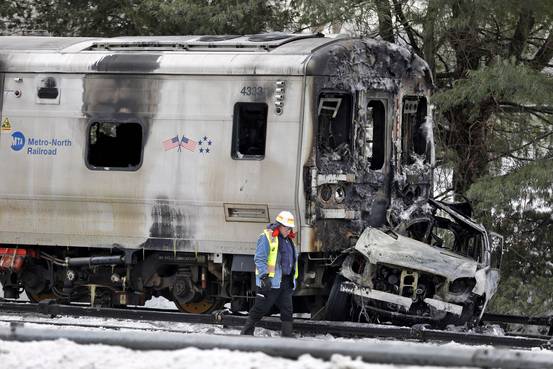 Although one’s first thought might be to blame the driver, who stopped the vehicle directly in the path of the oncoming train, another point of view holds that sub-standard signage failed to alert the driver to the danger.

Even more tragic, funding was apparently available to upgrade signage at the crossing, but had not yet been spent.

Wiser heads may argue whether or not a lack of proper signage can be blamed for this fatal crash, but no one can deny that well-designed, clear, informative, and properly placed signage can enhance safety in many situations.

For more news and insights, check out our Signage in the News page. Subscribe to it, and you’ll receive news on a weekly basis.